We had such a great fun filled weekend and I can't wait to do it again next year. Isaac liked saying trick or treat to get candy, but he loved saying trick or treat to people that came to the door and handing them handfuls of goodies. He even tried to leave with a few of the groups and kept up some long conversations with others. We have no idea what he was saying but he was very animated and used his hands a lot to talk. At the end of the night he was disappointed when the bowl was empty and it was time to shut the door. David was awesome and dressed up both days with Isaac, what a great dad! Hopefully next year we will make it to Zoo Boo and the retirement center for trick or treating too, but somehow I don't think it will happen with two in tow. 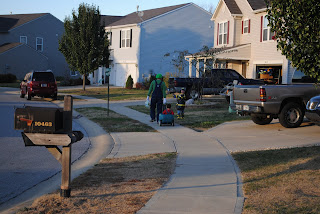 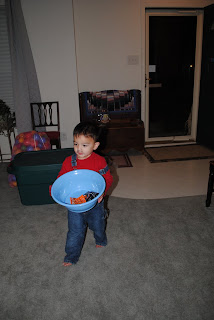 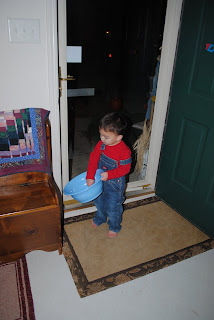