We took advantage of David work late this past week and went on some adventures instead of trying having dinner at home. Isaac had been begging to go to the apple orchard, so we went. Of course on the way there he fell asleep. So Nolan had his first experience  of picking apples and he loved it. 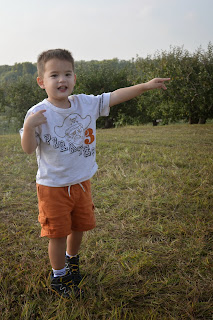 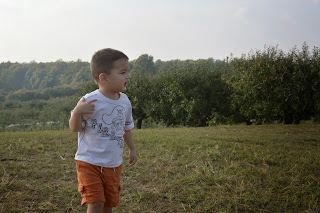 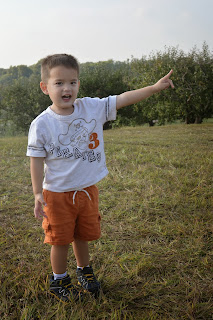 I told him to go pick apples and he grabbed the first one he found, which was a half eaten one on the ground. 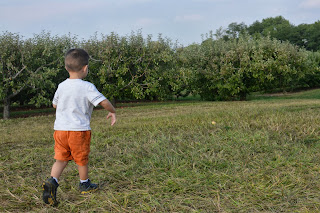 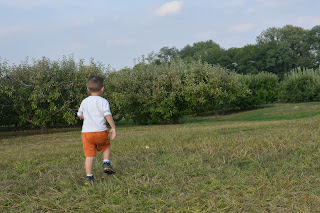 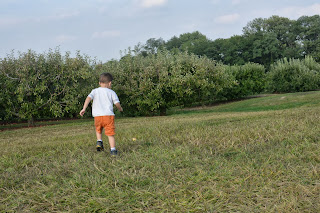 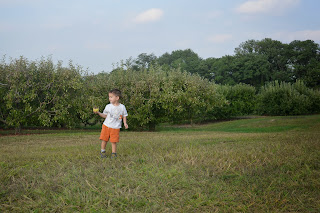 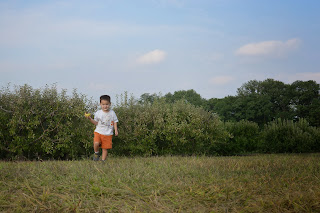 I explained that at the orchard we pick them off the trees and not on the ground. He was so excited to pick and an apple that he actually took a bite. 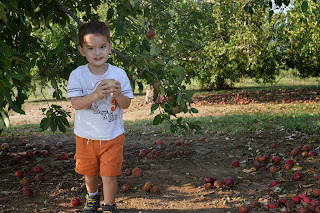 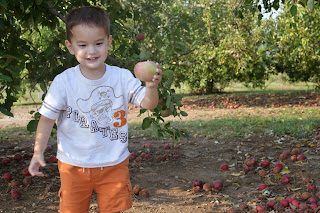 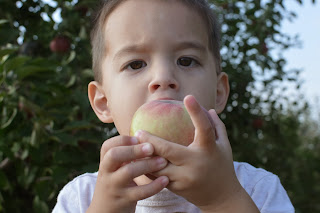 And then disappointment. He wasn't fond of the taste and shoved it in my face and said, "mommy eat." So I did and it was picked a little early. 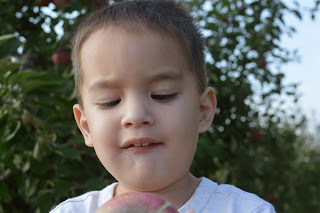 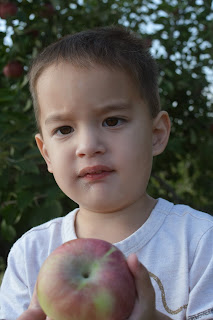 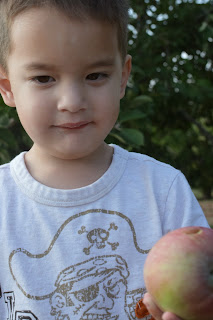 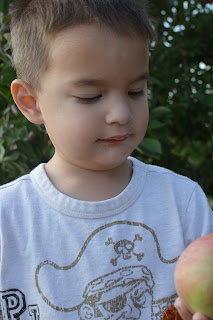 He then went to pick more apples, bring them to me, and tell me to eat them while I tried to wake up Isaac. 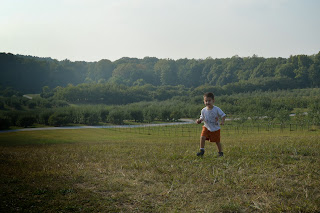 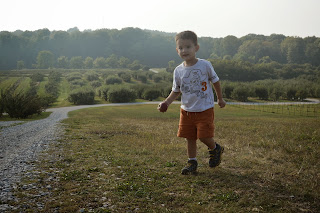 Nolan had to point out the poop that he spotted. 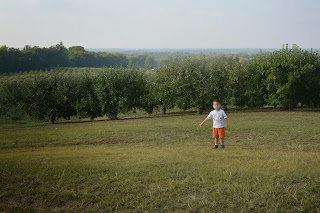 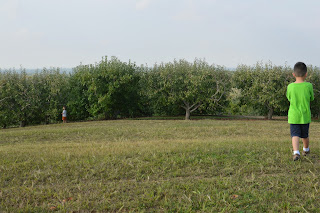 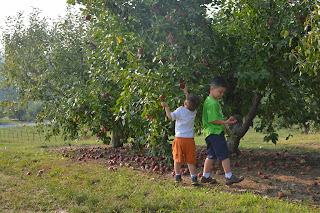 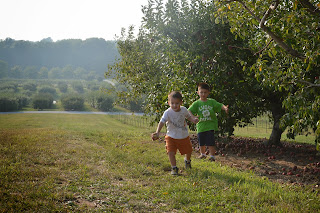 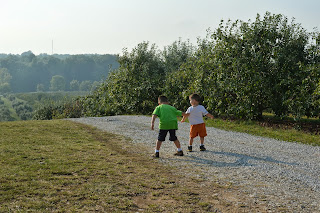 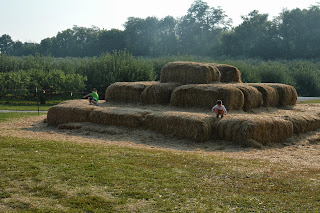 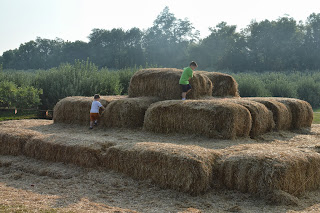 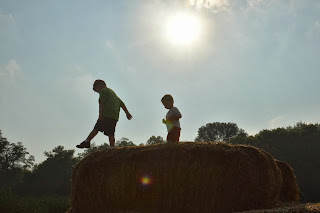 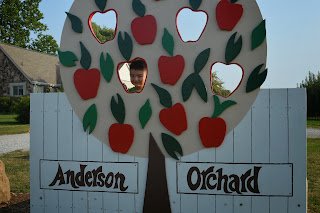