While we were out today Dorito attacked the exersaucer. It's unlike him to eat plastic unless he thinks there's food in it. He ate the flip book that attaches to the exersaucer and he chewed off two of the three clips that keep it closed when packing it away. He also chewed a lion toy in half. To replace the book and lion toy would be about $10 if we found the parts cheap on ebay. Considering we only payed $20 for the entire thing, it's not worth it to replace them. 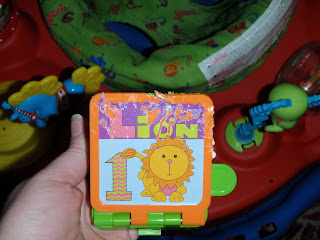 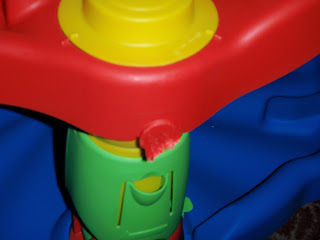