Nolan's surgery went well. In fact he was much calmer after the surgery than he was before. Before surgery he was having continuous tantrums about wanting to put his coat on. Which is his way of telling me he wants to leave. The nurses were great and we were back home at about 8am. He even said two new words later in the morning, hi dad and trash. I can tell that he hears better because he jumps at a lot of noises now. The tricky part now is for us to try to keep water out of his ears for the next year. 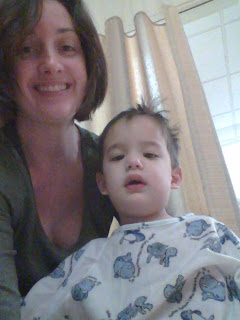 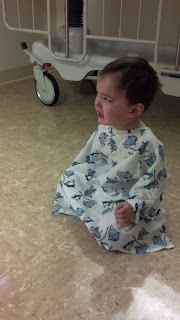 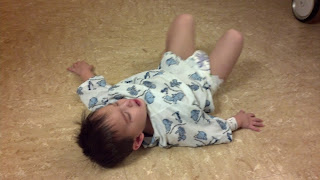