This is how Nolan has been watching TV for the past two weeks. It all started the night of January 14 at 9:30 pm. Nolan threw up every 30 minutes that night until 10 am. I stayed in bed with him just to catch the vomit. Poor thing would pass out as soon as he was done throwing up. The next day he threw up a couple of time and then again at night. He continued to throw up at night for 8 days. Then he went 48+ hours as fine as could be to throw up in the middle of the night again. Day 10 we finally went to the doctor since there are no antacids available over the counter. Nolan was prescribed Zantac which we have been using since visiting the doctor but in lower doses than what was prescribed because the day after we started the medicine he had diarrhea all night every two hours. The doctor thinks that his body just got stuck in a cycle of throwing up after the initial stomach flu. He has now gone to school a total of 5 days this year! Of course when Nolan started feeling better David had an episode of throwing up all night and the next day. We are now at 48 hours with a healthy family. Hopefully it stays that way. 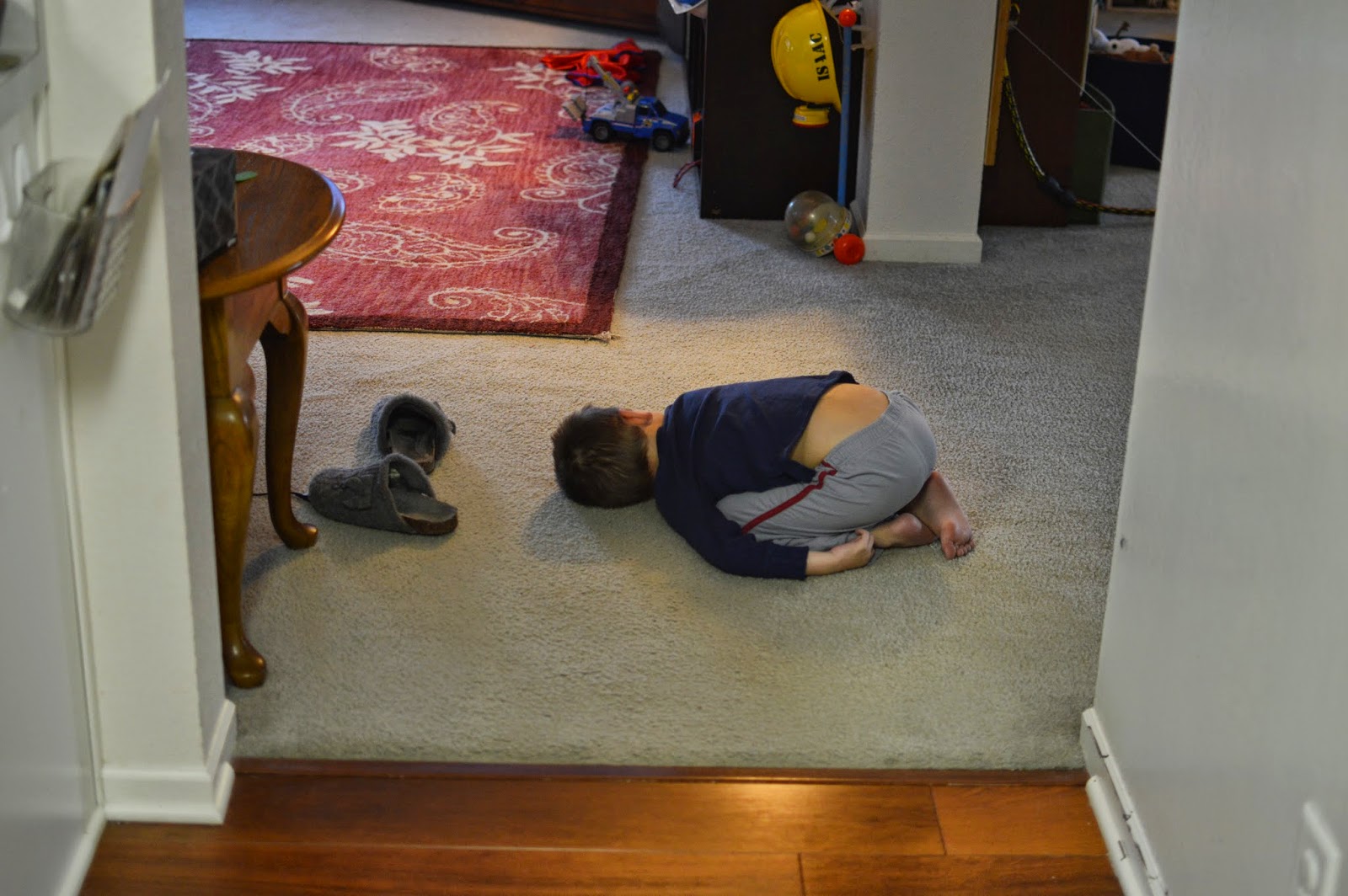 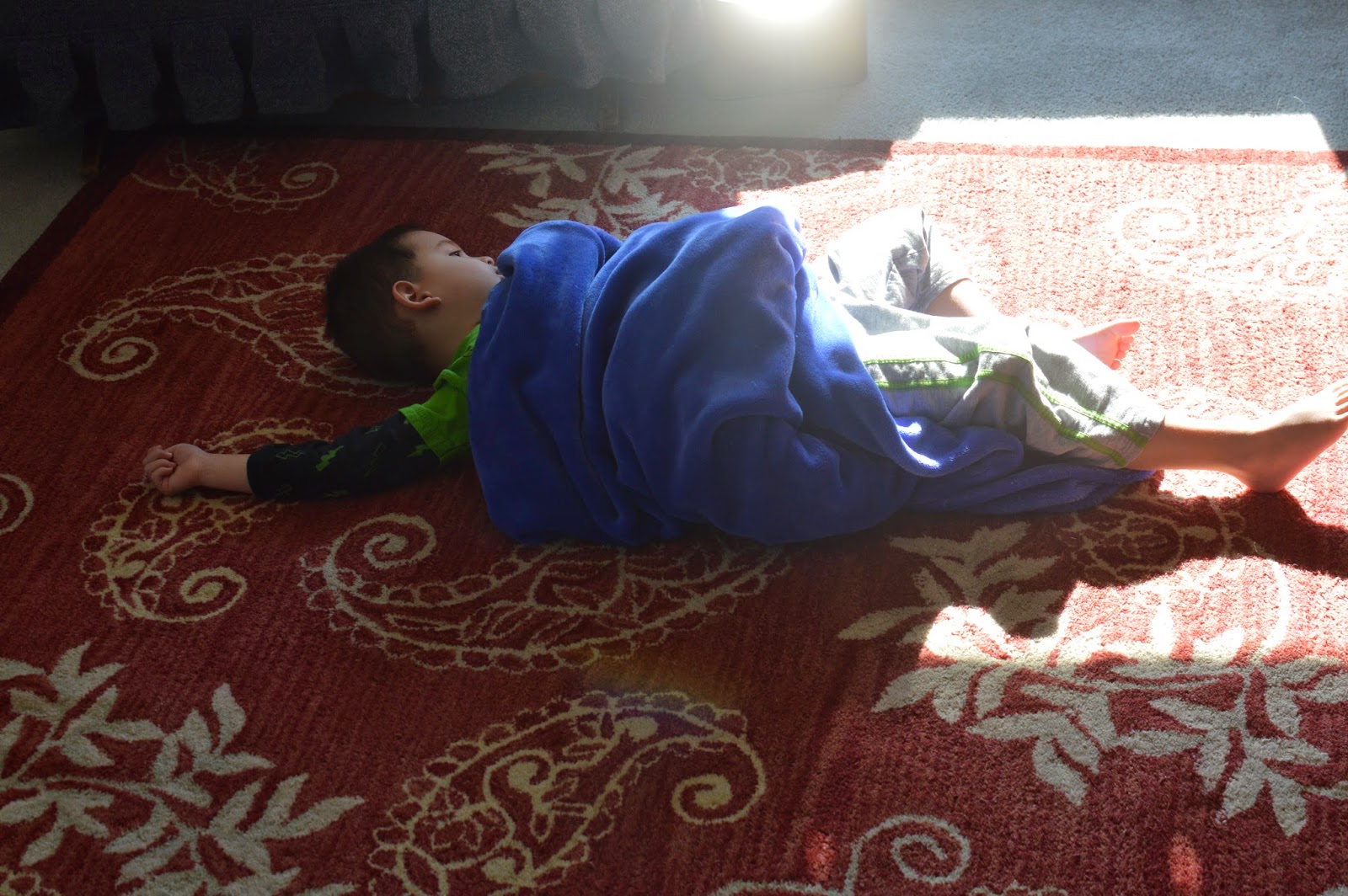 After feeling well and being vomit free for over 24 hours we played with a few friends. Too bad we had a set back that night. 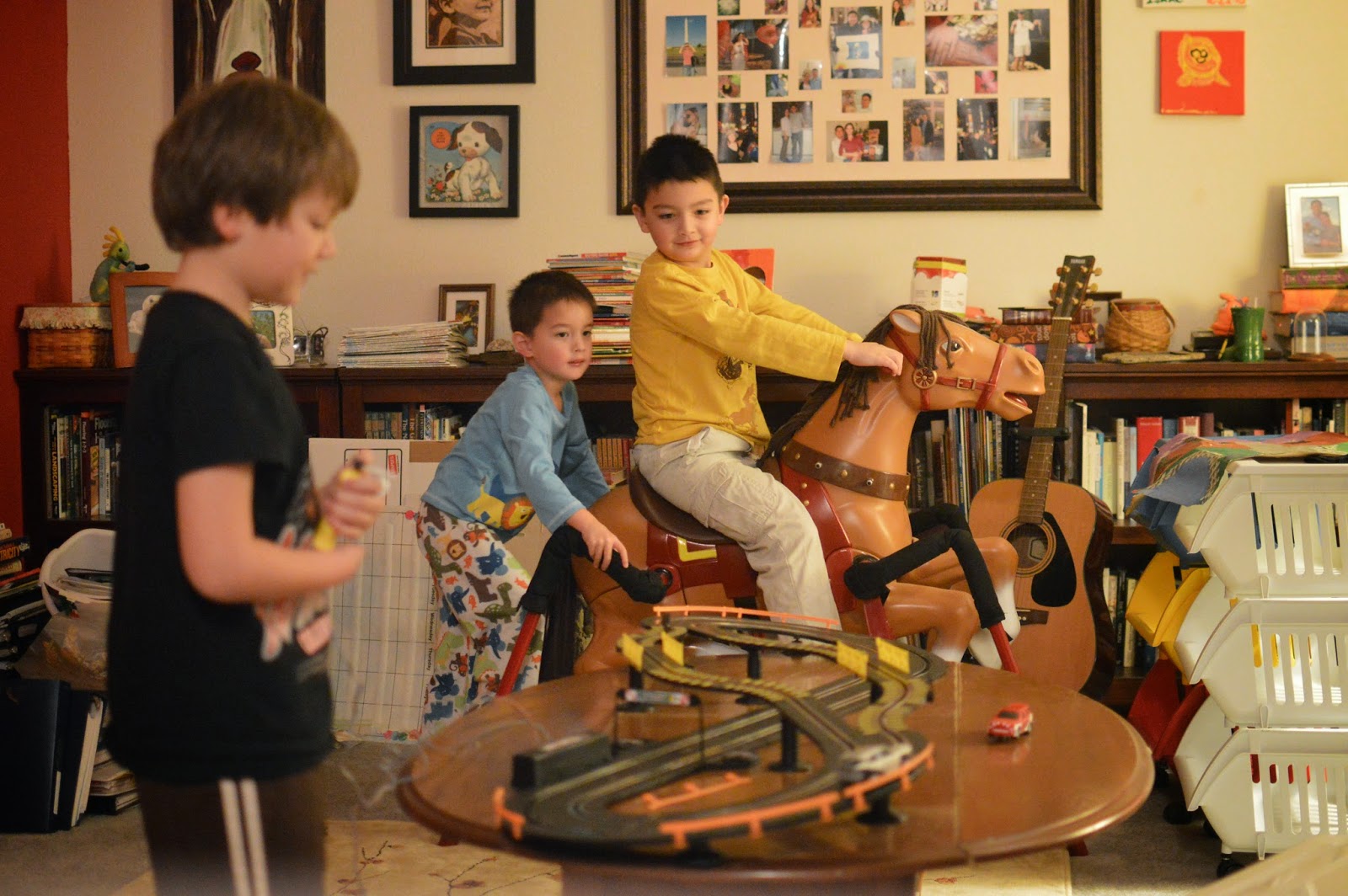 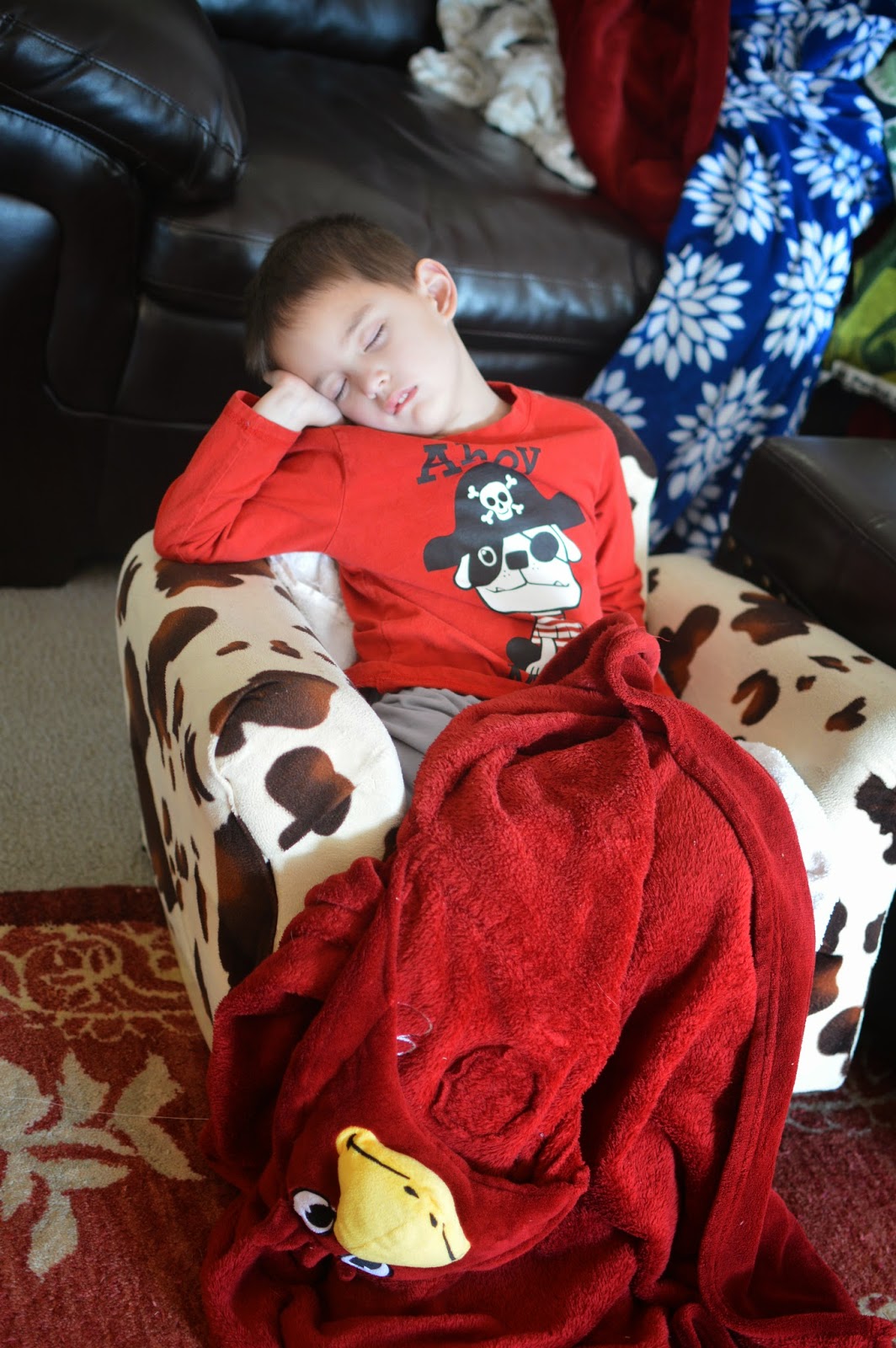 Since he missed school on the day they had an in house field trip, Peewinkles Puppets, we decided to visit the afternoon showing. 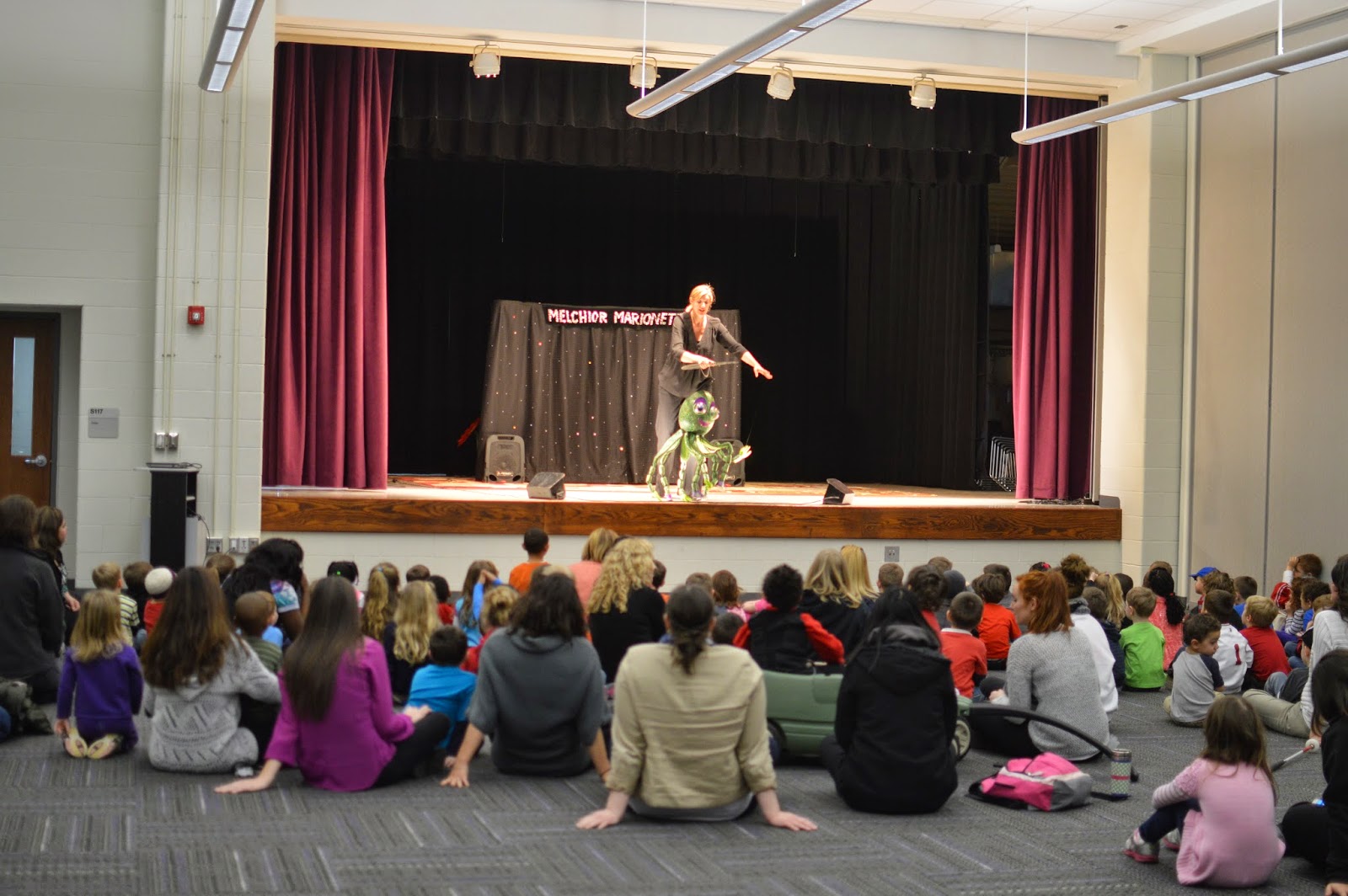