Thursday night I went out to a 7pm movie with a friend and left both boys with David. I had gone out once before leaving both boys with David so I knew he could handle it. Well Isaac is supposed to take a bath at 8 and go to bed at 8:30. When I walked in the house just past 10pm David is walking around the house carrying two crying boys. Apparently when it was time to go take a bath they couldn't find Isaac's hammer and Nolan had just woken up so David just held them watching TV until reinforcements came. (David tells me that they had just started crying because Dorito was barking when I drove up and am airplane had just gone overhead at the same time.)The next day the hammer was found under the table cloth. If you've looked at the pictures of Isaac over the past year you'll notice that he usually has a tool in his hand. The first once that became his appendage was the pliers and when they broke it became the green hammer. God knows how much they mean to Isaac and sent us a sign to order more. Over at kids.woot.com they have a set that has Isaac's green hammer and pliers for $5.99. So I told David to order it, and he ordered 3 stating that Nolan will want these tools one day too. 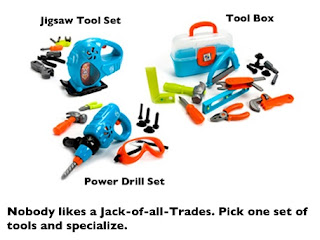