We spent the entire day outside! It was soooo nice to finally see the sun and not have to be bundled up. Isaac spent most of the day digging for worms and relocating them to pots then covering them with more dirt. 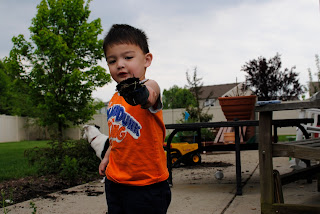 I love that he's wearing his rain boots. This was his second outfit for the day too. As soon as he woke up from his nap be put on his boots and went straight outside. He loves to put on the rain boots because they are the only boots he can put on by himself. 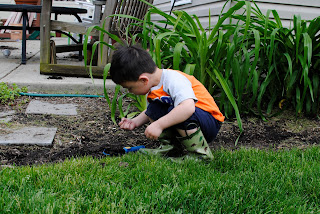 Nolan also joined us. It's been a struggle this week getting him to calm down at night and go to sleep because he is overtired from being up most of the day with Isaac. 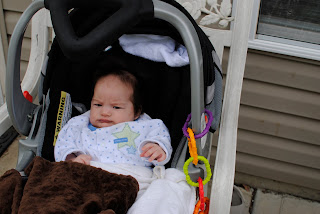 Eventually the digging for worms turned into throwing the worms at mommy when I tried to take pictures of him showing me the worms. 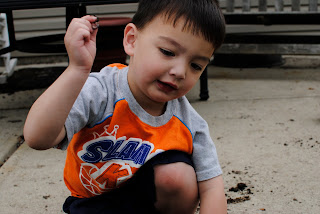 He thought that the dirt in the garden looked great for digging and he attempted, unsuccessfully, to climb the fence. 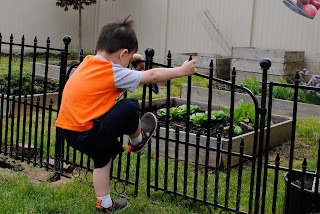 Peeling a rosebud to see the rose inside. 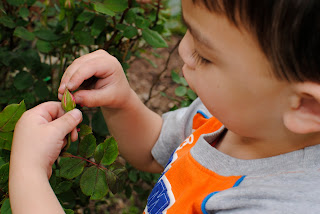 This is my favorite picture because it captures his personality. 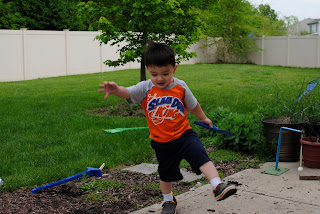 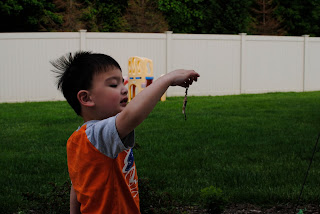 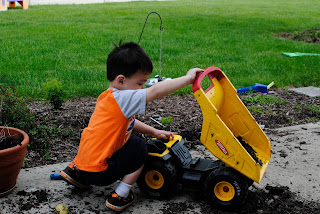