Just Breathe and Chin Up 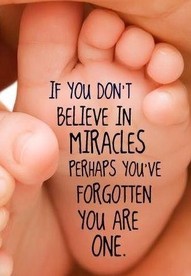 These words have really spoken to me this week. The first part of the week I had to keep reminding myself to just breathe. I've noticed a decline in Nolan's muscle tone with his mouth area. His tongue has been hanging out of this mouth for about two weeks now and he has been drooling a ton. I thought at first it was because he had a cold, but he is on the mend and it isn't getting better. In fact the OT noticed that he isn't chewing his food either and I noticed that he isn't swallowing drink, just tilting his head back and let the liquid fall down his throat. The OT wants to see him weekly for awhile so we can figure out what isn't going on and how to fix it. I'm thankful that we are seeing a private OT so we don't have to wait on all the paperwork to get extra therapy time approved like we would have to if we were working through First Steps. Also I think his OT was trying to recruit me as a therapist to work for her agency. I guess I'm doing something right with Nolan at home.
Also I've had to call the geneticist a few times to follow up on our referral. They finally called me back with an appointment for February 1. They explained to me that we are already doing everything we can for him and what they tell us probably won't change that. I understand that but I also want to understand what this chromosomal deletion means for Nolan and us. So we are on the cancellation list and hopefully we'll get a call sometime soon.
After sharing the appointment date and my feeling emotional exhausted on facebook, I got the advice of "Chin up." This has been running through my head the second part of the week. I've been constantly praying for strength and I haven't felt completely broken yet. So I think he's answer that prayer.
If you try to talk to me about this, Nolan, I will probably change the subject. I tend to start crying just when I think about it and I don't want to make others feel uncomfortable when I start sobbing. But I really appreciate all of the kind encouraging words.
I know my child is a rockstar and will be so much stronger for having to work so much harder to do average things, but I have a hard time embracing that right now. I will someday, just not today. I'm so proud of his already. I've never seen a child fall down as much as he has just trying to walk. His bottom and legs are covered in bruises but he still gets up.