They finally came in. I got them a couple days after Isaac's chicken party. I ordered them on December 2 from China and knew there was a possibility that they wouldn't come in on time. Well now we have 20 chicken balloons. Thankfully his teacher asked if he wanted to bring in something to celebrate his birthday with his classmates, like cookies. Isaac decided he wanted to bring in balloons for them. We'll see how this goes over on Tuesday. 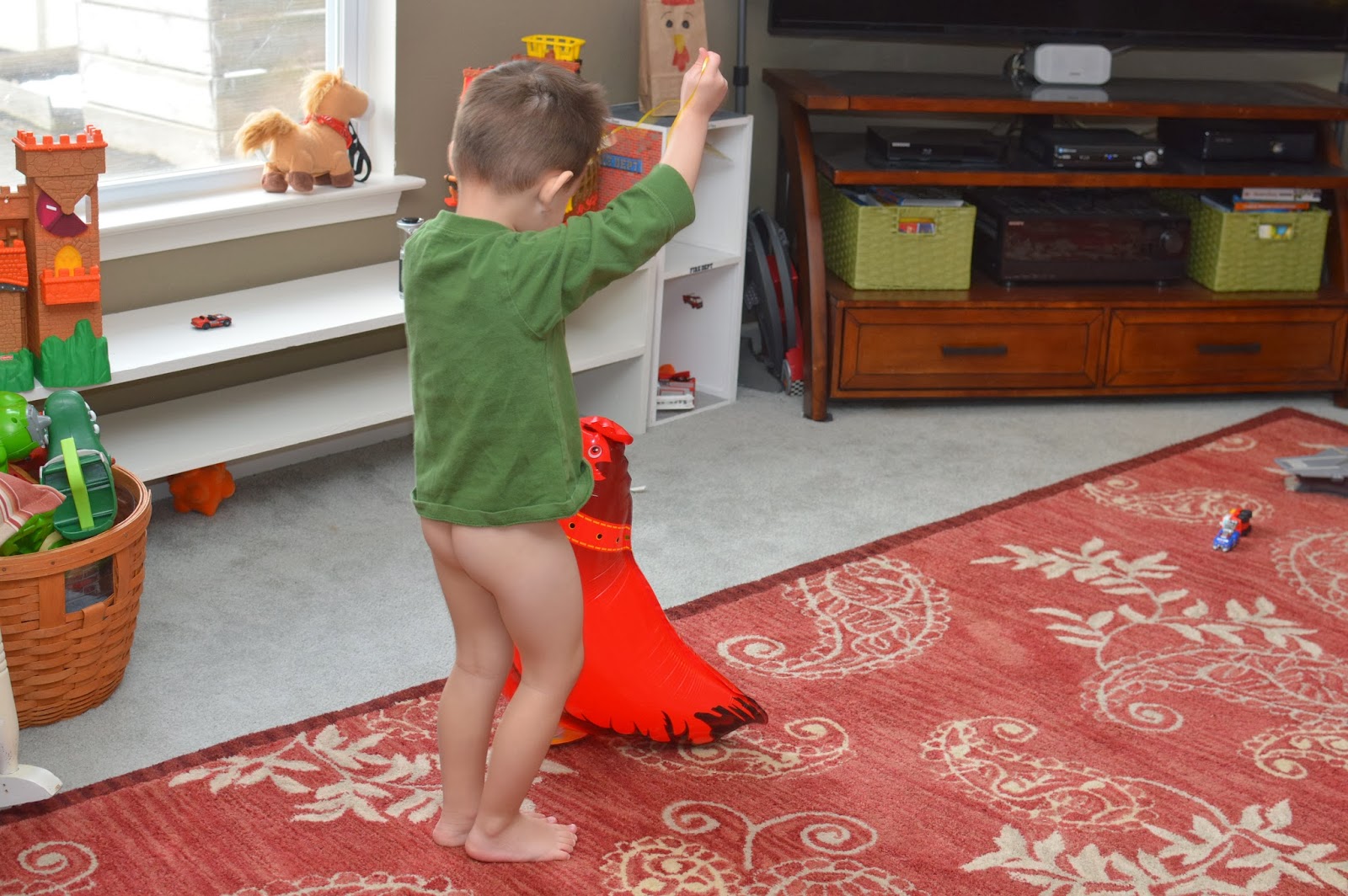 I also have a video of Nolan walking the chicken around going bauk, bauk, bauk, but I need to figure out how to put a censor over his midsection.