Welcome to the Family Little Chicks!

Isaac, Nolan, and I went to pick up some top hat chicks today, also known as polish chicks. As soon as I had them set up in their new place Isaac said he likes them. He's also been asking frequently to pet them. I have to keep reminding him that they will grow into big chickens, and his response is, "No, not bigger chickens." But then tonight at bedtime he told me he wants more bigger chickens. Then again he was telling me Daisy was a chicken and not a dog. He's getting pretty good at telling jokes lately. Isaac was so excited about the chickens that he showed them his toys and also played some instruments for them. 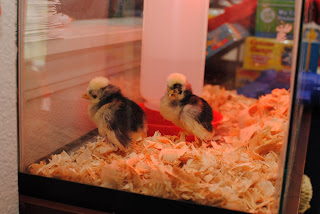 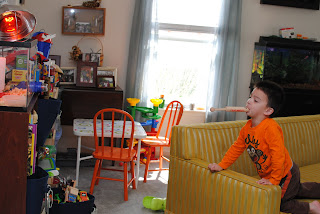 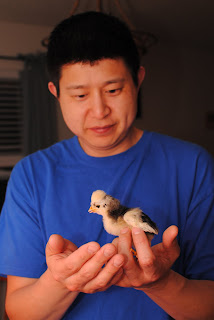 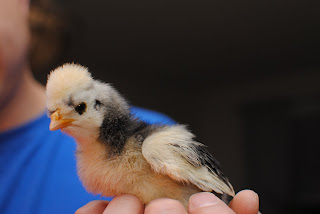